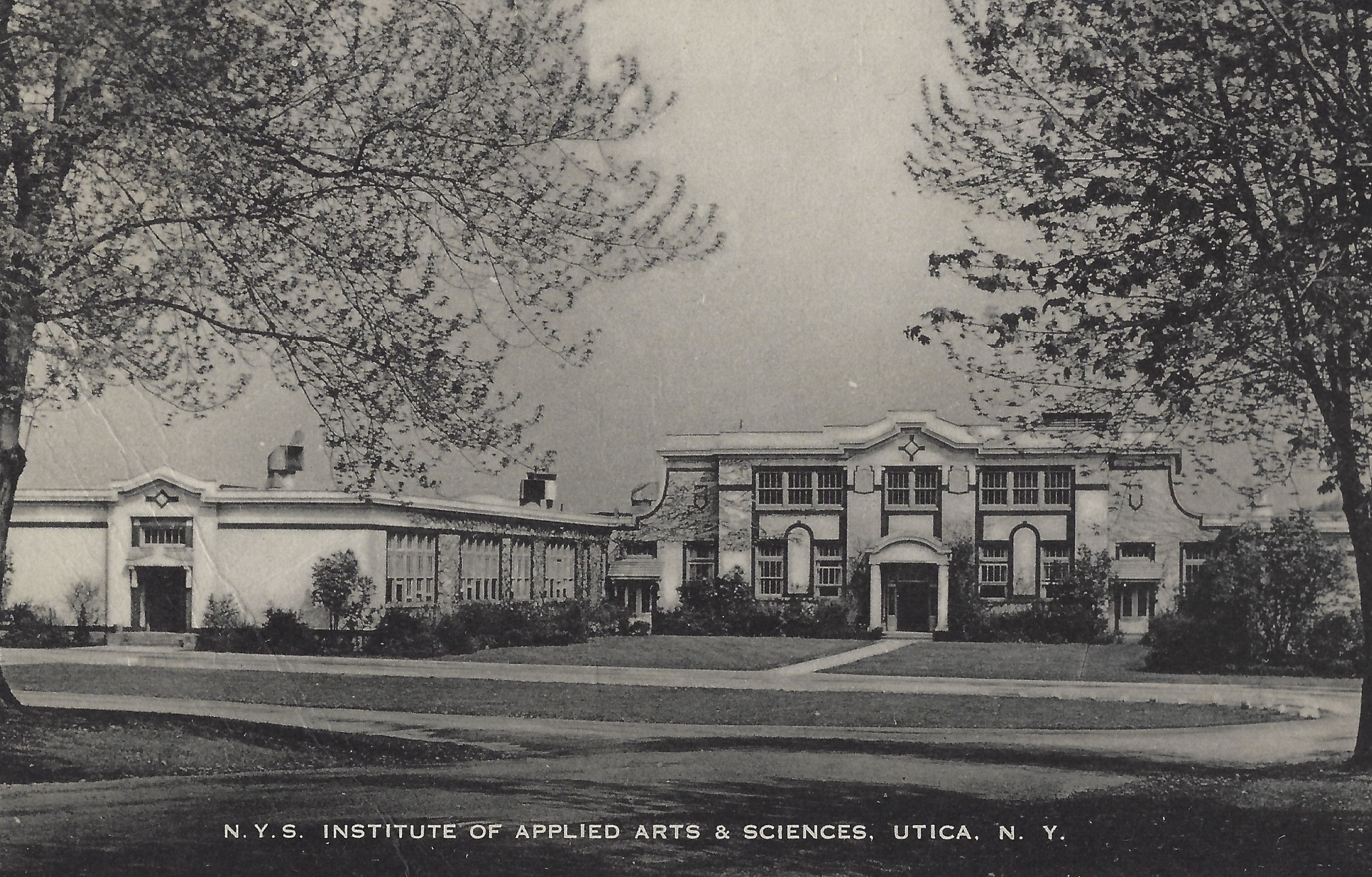 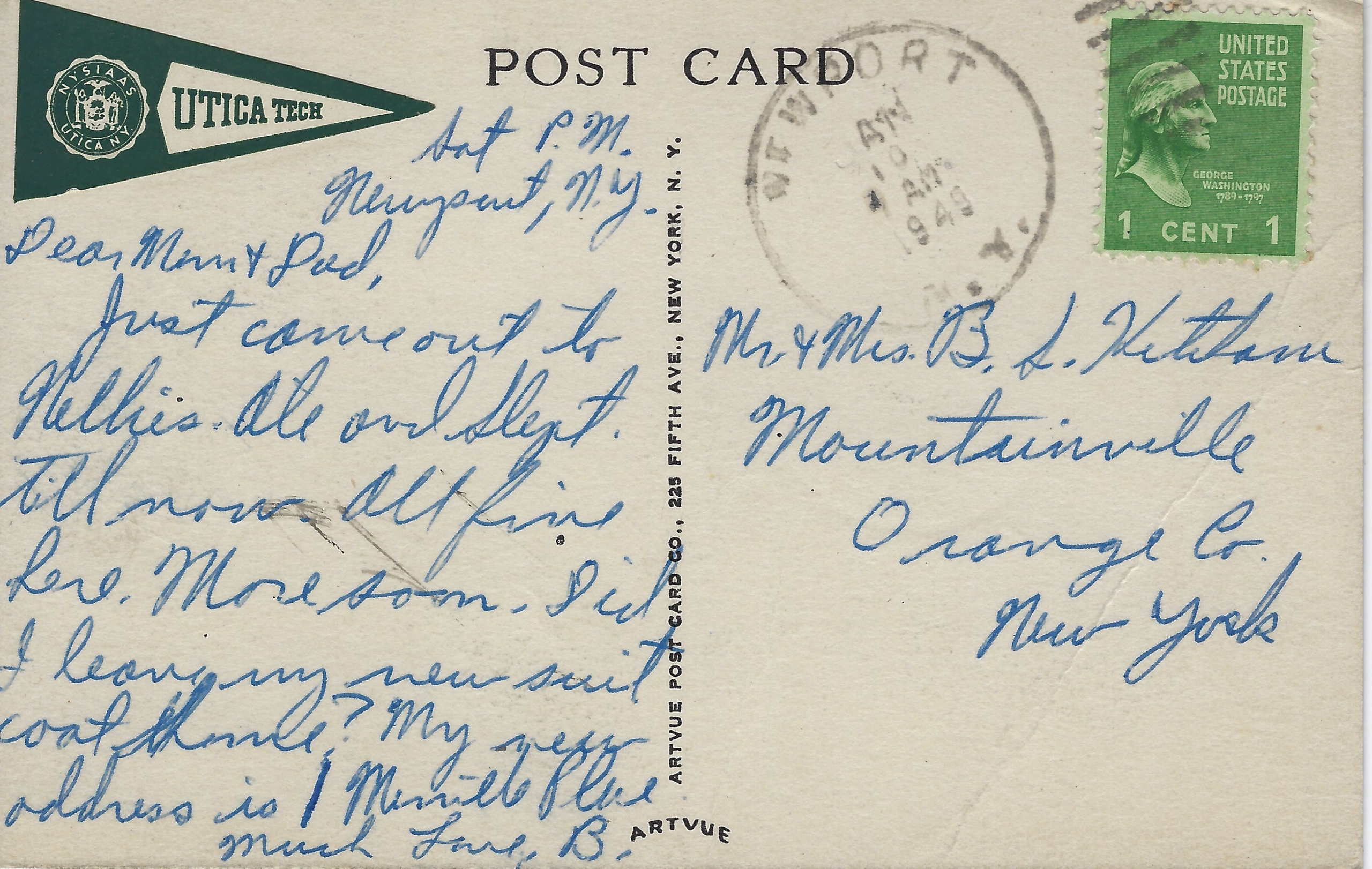 As we approach the coming of fall and the return to school it seemed fitting that I came across this postcard from 1949. It features an image of the N.Y.S. Institute of Applied Arts & Sciences in Utica New York. The note is from my Grandad Benjamin N. Ketcham to his parents Florence and Benjamin S. Ketcham. He is writing from Newport New York where he was visiting his Aunt Nellie, his mother’s sister. Newport is roughly twenty-five minutes from where he was attending school. He writes to inform then he may have left his “new suit coat” at home. 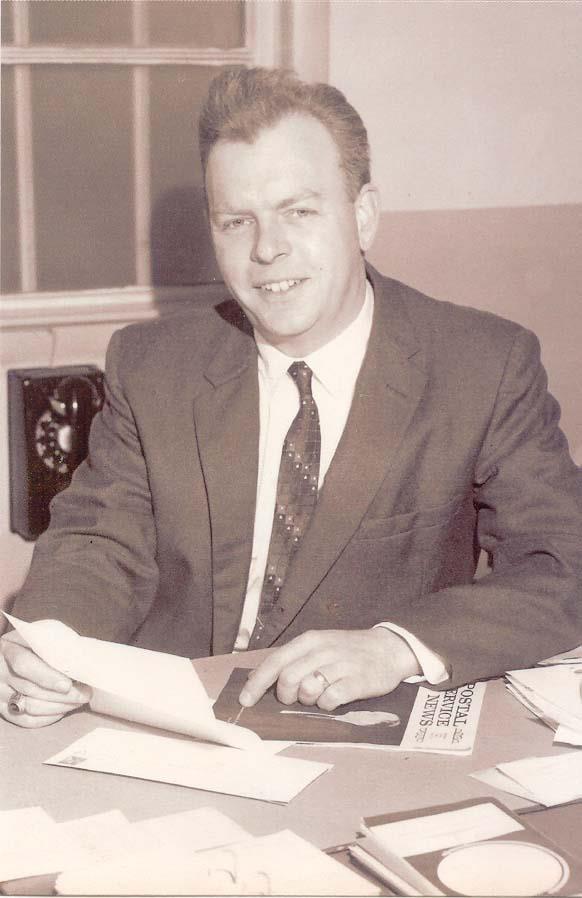 Utica Tech, as it is noted on the postcard verso, was established in 1946 to help train and educate veterans returning from World War II.[i] Following his graduation from high school Benjamin N. Ketcham served as an R.A. Corporal in the 12th Troop Carrier Squadron and was honorably discharged on January 8, 1947.  In the early years the school specialized in retail business management. It is not surprising this area of study was chosen by my Grandad given the family business. Ketcham’s Store in Mountainville, New York, offered all of the trappings you would expect in a country general store. The school, became a part of the State University of NY system in 1952 but due to financial pressures eventually became what is known today as Mohawk Valley Community College.

After attending college my Grandad worked in the family store for a number of years before becoming the town postmaster in 1964. The family store for much of Mountainville’s history included the town post office, with nearly every known postmaster, up to and including my Grandad, being a Ketcham. The post office moved from the store to its current location on Ketcham Avenue in the 1950s. Benjamin N. Ketcham remained the postmaster up until his retirement in 1991[ii]. I have fond memories of visiting him at the post office as a kid on hot summer days to enjoy the air conditioning and a cool drink in paper cones from the water cooler. I would often visit him just before closing to help take down and fold the flag for the evening. When the post office was closed the back loading dock served as a stage for us local kids to have silly performances and the parking lot snow piles were perfect for a game of king of the mountain.

This peek into my Grandad’s college life is heartwarming while also bringing a sense of pride that generations of my family have valued higher education. His own mother, Florence Newberry Ketcham, graduated from Geneseo Teacher’s College, now SUNY Geneseo.  She was an accomplished and beloved teacher at Cornwall High School for fifty years teaching English and Latin.

My own college experience would not have been possible without the love and support of my Grandad Ketcham. I still remember the pride on his face when I told him I would be attending Elmira College, where I earned a BA in History. I know he would be even more proud that I went on to get my MBA and work at Vassar College as Head of Digital Scholarship and Technology Services. Now I prepare to send my own daughter to Elmira College in a couple weeks where she will study biochemistry.

To learn more about the store see my published article from 2012 “The Family Store” in Piecework Magazine here:  https://www.ketchamfamilyhistory.org/digitallibrary/files/original/2ea715b04fda77a2136353ac88db69df.pdf

This site uses cookies. By continuing to browse the site, you are agreeing to our use of cookies.

We may request cookies to be set on your device. We use cookies to let us know when you visit our websites, how you interact with us, to enrich your user experience, and to customize your relationship with our website.

Click on the different category headings to find out more. You can also change some of your preferences. Note that blocking some types of cookies may impact your experience on our websites and the services we are able to offer.

These cookies are strictly necessary to provide you with services available through our website and to use some of its features.

Because these cookies are strictly necessary to deliver the website, you cannot refuse them without impacting how our site functions. You can block or delete them by changing your browser settings and force blocking all cookies on this website.

We also use different external services like Google Webfonts, Google Maps and external Video providers. Since these providers may collect personal data like your IP address we allow you to block them here. Please be aware that this might heavily reduce the functionality and appearance of our site. Changes will take effect once you reload the page.